Along with other fresh arrivals from nearby farms and the faraway South, these new, European immigrants were headed for factories and other businesses that were building a global reputation for producing industrial merchandise and products.

Detroit was already the leading maker of cast iron stoves, played host to a glut of other small shops that made a profusion of goods, and was home to the world’s largest provider of automobiles. There seemed to be no limit to what Detroiters could accomplish.

Often, the business activity that made this ferment and growth possible was the work of young men with ideas, the ability to innovate, and the tenacity to bring their visions to full fruition. Prior to and during 1911, such men launched firms like National Bronze Manufacturing, Detroit Tube Products, Chevrolet, Armaly Brands, and Doetsch Environmental Services, and created vital cultural institutions like The Players Club and the Detroit Zoological Society — all of which continue to operate today. The pioneers of these institutions and businesses have long since passed, but their legacies persist, with some still run by the same family.

Fred Conway, who now co-owns National Bronze Manufacturing, was in his early 20s in the 1970s when his father, Dean, and his uncle, Paul, began grooming him to take over their family business. Today, as the company celebrates its centennial, Fred and his partner, Bill Austerberry, recall how their productive partnership was almost sabotaged before it began.

When Paul suggested that Austerberry, a nephew by marriage, become part of the company, the idea didn’t appeal to Fred. He had agreed to join the company only if he could take over when his father and uncle were ready to call it quits. But he reluctantly went along.

“I said, ‘I thought I had an agreement,’ ” Fred recalls telling his uncle. After grudgingly agreeing to let Austerberry into the company’s inner circle, Fred crafted a secret plan: “I was gonna run him out.”

His strategy? Give Austerberry the worst possible job, in the hope that he wouldn’t be able to handle it and would quit.

At the time, National Bronze, located on Detroit’s east side, operated a foundry and cast parts in molds made of sand. Once the castings had cooled, it was the job of the “shake-out man” to clean them. The pieces were hot and still smoking, and the sand had to be beaten off. It was dirty, hot, heavy physical labor.

“I watched day to day, to see if he (Austerberry) was going to show up in the parking lot,” Fred says with a smile. “But as it turned out, Bill was the best shake-out guy we ever had.”

The foundry’s gone now, shut down in favor of machining products from bronze that is cast elsewhere. But Austerberry stayed, and in 1984 the pair became partners and bought the business.

They kept the company near Mount Elliott and Gratiot for another 18 years, in a building that started as a stable for horses. By 2002, however, after more than 82 years of service as a factory, “the building, frankly, was a disaster,” Austerberry says. So National Bronze moved to an industrial area in Clinton Township.

Today, National Bronze arguably maintains the largest bronze bar and tube plate inventory in Michigan. The company manufactures and distributes to a variety of industries — transportation, machinery, heavy equipment, aerospace, and military. With one partner tested by the intense heat of the factory floor, and the other by the sudden change in the deal he thought he’d clinched, Austerberry and Conway are part of a rare breed. “Why is the second generation more likely to fail than the first?” asks Fred, who then answers his own question. “How often would the second generation have the same passion that the founders had?”

The 53-year-old Detroiter is the third generation of her family to run the company that sits just west of the Ambassador Bridge. Her grandfather, Henry E. Bellaimey, set up business in his mother’s former horse stable in 1911 to make fuel and cooling lines for the engines that powered the boats he raced on the Detroit River.

Henry, a third-grade dropout who took correspondence courses to learn physics and chemistry, made his own machinery for bending the tubing. Some of that machinery, as well as other components made by Bellaimey’s son, Henry E. Bellaimey Jr., are still in use at the company. Staffing his quality control department early on were the physics and engineering professors at the University of Michigan, who would look over the plans he unrolled on their desks in Ann Arbor. Soon, he was turning out custom work and small runs for the marine and automotive industries, eventually specializing in engine parts for Detroit Diesel.

Perhaps surprisingly, he never patented the machines. “I think he was focused on, ‘What could I do to make my work easier?’ ” Therese says. “He wasn’t out to make a buck on the machines.”

Soon after her grandfather died in August 1941, the company was essentially nationalized for war production. Therese Bellaimey’s father, armed with a bachelor’s degree in mechanical engineering from the University of Detroit, became general manager. His first task was to entirely redesign processes and machines so women, the elderly, and teenagers could produce parts for PT boats and B-24 Liberator bombers.

The new general manager and his workers kept getting draft notices, so their clients wrote letters in support of their deferments, pointing out their vital role in the war effort.

“We cannot subscribe or tolerate a condition of this nature, as Detroit Tube products has been our main source of supply for a period exceeding 25 years,” wrote G.L. Conklin, purchasing agent for the Sterling Engine Co. in Buffalo, N.Y., in March 1944. “Our own money and Navy money has been expended in the manufacture of various types of special tools necessary to complete the assembly of various types of oil pipes, water pipes, manifolds, etc., which eventually enter into construction of Admiral and Coast Guard engines for the Navy, as well as the Army.”

The war opened up markets beyond Michigan for Detroit Tube, including Hobart Corp., a food service equipment manufacturer in Troy, Ohio. Hobart remains a major customer.

Therese Bellaimey had dabbled in ad agency copywriting and digesting legal transcripts before the memorable day in 1990 when she suggested a solution to a personnel problem her dad faced. “Before I knew it, here I was,” she says. She worked side by side with her father for 17 years, until his death in 2007.

“ ‘Flash’ is not in our vocabulary,” she says, adding that Detroit Tube carries “not a penny” of debt. That’s one reason why, Bellaimey says, 2007 and 2008 were “fabulous” years. She didn’t lay off anyone during the current recession; instead, the doors were locked every Friday for more than a year, spreading the necessary cutbacks between everyone.

One of her values for success is to focus on customers’ needs. She shares this bit of advice: “Ask yourself, ‘If this is really what they want, how do we get there?’ ” 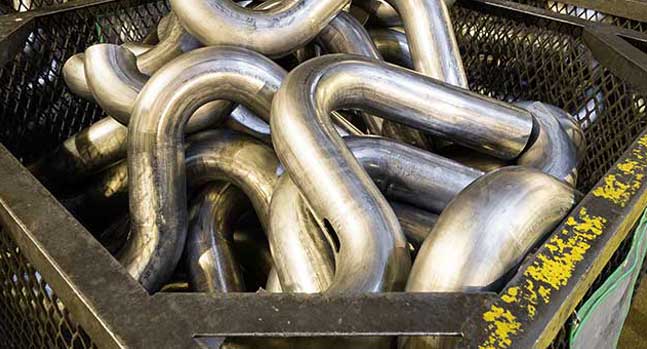 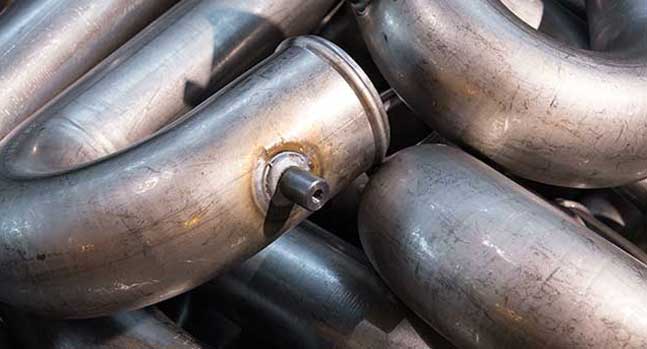 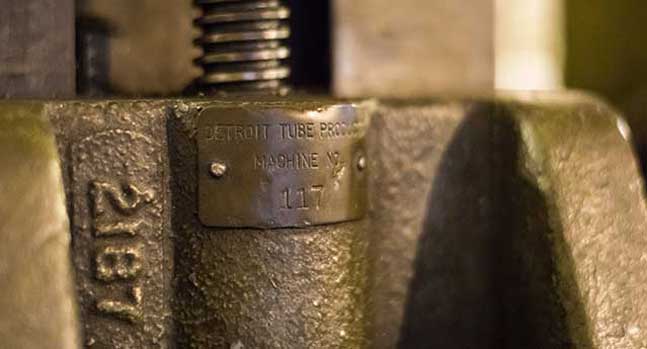